Cuban-American soprano, Nathalie Avila, has quickly gained recognition for her “sumptuous tone” and creating a “vivid portrait” of the roles she portrays on the operatic stage. 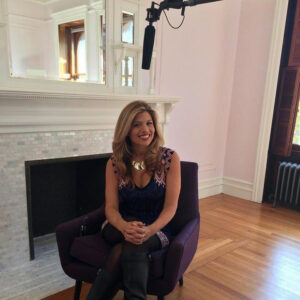 She was most recently seen as the title role in Puccini’s “Madama Butterfly” with Miami Lyric Opera, Maria in Sociedad Proarte Grateli’s “La Novicia Rebelde”(“The Sound of Music”), Sylvia Varescu in Kalman’s operetta “The Gypsy Princess” with Sociedad Proarte Latinoameticana at the National Theatre in Santo Domingo, Dominican Republic and as the title role in Puccini’s “Tosca” with Miami Lyric Opera in the 2016-2017 season. Past performances include Mimi in “La Boheme” with Opera Naples (cover) and with Miami Lyric Opera where she was commended for her “gorgeous tone on her final aria “Sono andati”. She was also recently seen in the title role of Suor Angelica with the Miami Summer Music Festival where she was praised by critics.

Avila possesses a large, shimmering voice that is pleasing to the ear and easily cuts over Puccini’s fully textured orchestrations. Her rendition of the aria “Senza mamma” received well deserved shouts of ’brava’ from the audience.”

In 2014, Ms. Avila opened the spring season as Suzel in “L’amico Fritz” with Miami Lyric Opera where she received praise for her “glamorous Suzel, commanding the stage with a sumptuous lyric soprano.” Ms. Avila has performed the roles of the Mother in Hansel and Gretel
with Gulfshore Opera, Mimi (cover) in La Boheme with Opera Naples, Santuzza in Cavalleria Rusticana with the Miami Lyric Opera, Mrs. Grose in The Turn of the Screw with the Siena Music Festival, Liza in Tchaikovsky’s The Queen of Spades with the Russian Opera Workshop at the Academy of Vocal Arts, Mimì in La Bohème and Micaëla in Carmen with the Emerald City Opera. 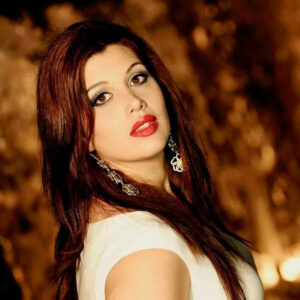 She has been featured as the soprano soloist in Handel’s Messiah with the Royal Danish Academy of Music Choir and Orchestra, and in numerous concerts with Sociedad Proarte Grateli, Charleston Symphony Orchestra, Miami Symphony
Orchestra, Orchestra Miami, Symphony of the Americas and the Florida Chamber Orchestra. While living in Copenhagen she was featured as a soloist in Copenhagen’s Wednesday Concert Series and the Amager Music Festival.

Ms. Avila was chosen by Montserrat Caballe to sing in Las Voces de Montserrat Caballe, a concert featuring a select group of artists from her 2012 Masterclass in Zaragoza, Spain. Ms. Avila was the recipient of Encouragement Awards from the 2012 Florida Suncoast Opera Guild Competition and the 2010 Metropolitan Opera National Council Auditions and a Semi-Finalist at the 2013 Marcello Giordani International Voice Competition.

Nathalie Avila holds a Master’s Degree in Vocal Performance from The Royal Danish Academy of Music and a Bachelor’s Degree from the Peabody Conservatory where she was the recipient of the George Castelle Memorial Award.